Ghanaian midfielder George Asomani of the NC State men’s soccer team was selected by the San Jose Earthquakes in the 2021 Major League Soccer SuperDraft on Thursday.

The club drafted Asomani in the second round with the 39th overall pick.

“Our staff is very, very excited for George,” said Wolfpack head coach George Kiefer. “San Jose is getting an excellent young man and an excellent player.”

Asomani has spent the last two seasons on the NC State squad after transferring into the program prior to the start of the 2019 campaign. As a member of the Pack, he has played and started in 25 matches, with one goal scored in 14 shot attempts.

The Mirage Academy graduate was named to the 2020 ACC Preseason Watch List. He played in all seven of the Wolfpack’s fall matches and earned the starting nod in each. Asomani played 90+ minutes in five of those games. 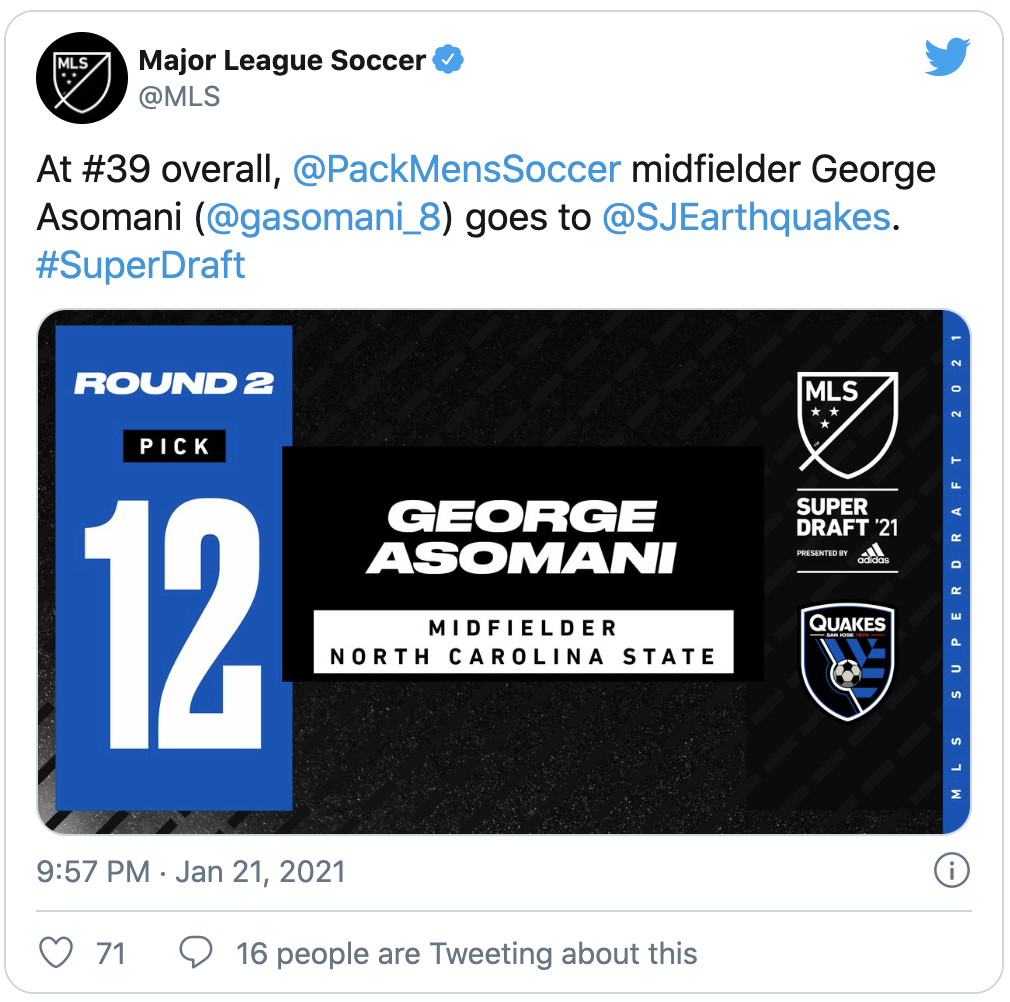 In 2019, Asomani played an instrumental role in helping the Pack to its third consecutive NCAA Championships appearance, something that had not been done at NC State since the mid-1980s. 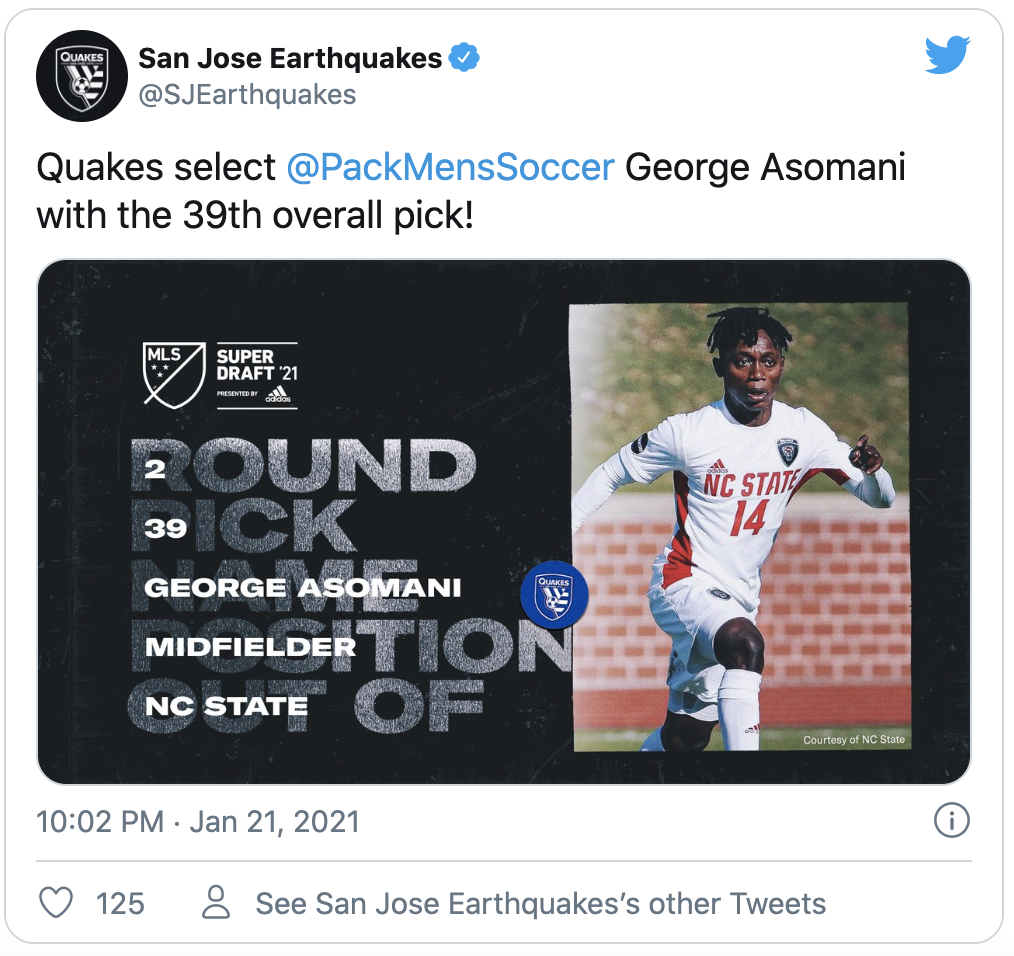 The highly-talented midfielder played in all 18 games that season and earned the start in each one of those outings, finding the back of the net in NC State’s ACC Tournament quarterfinal match at Pittsburgh. 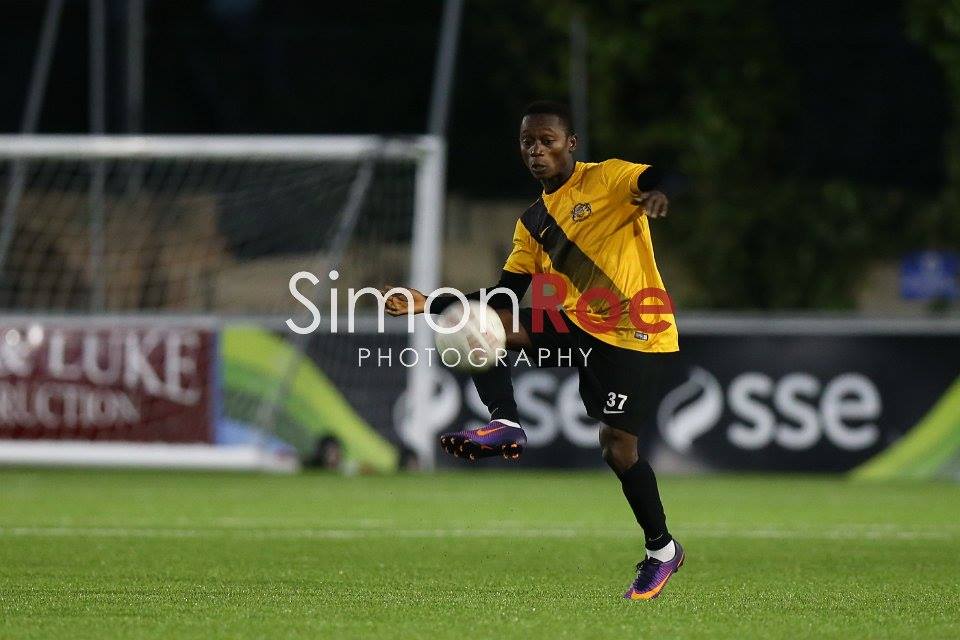